Who Invented Ping Pong? A Brief History Of Table Tennis

As well as looking at table tennis tables, including our reviews of the best table tennis tables. We like to look at the history and background of the sport. Table Tennis has an interesting history that took it from the living rooms of Britain to the Olympic stadiums of the World. Here is our brief history of this illustrious sport.

Table Tennis is arguably the most popular indoor sport in the world. It is played in practically every country around the world by old and young alike.The game is very simple to pick up, it is a very social game, requires extremely little investment with regard to personal equipment, and it is fast and exciting.

You can learn how to play the game in one day, even become very good at it within a week. However it takes a lifetime to completely master the art of playing table tennis. These distinct attributes have made the game one of the favorite sports on the planet today.

The game of Table Tennis has witnessed a lot of evolution and modification throughout its brief but captivating history. From its modest beginnings as an after dinner indoor game, table tennis has become an important Olympic sport today. Here is a brief sequential rundown of how ping pong grew into modern table tennis.

The game originated in Victorian Britain, where the upper classes played it as an after dinner indoor game. The simple game comprised mainly of striking a champagne cork using a book back and forth across a big table (typically a dinner table). The table was divided into 2 halves by a stack of books. The game was initially referred to as “whiff-whaff” because of the sound which the books made as the players handled them. The game gradually became popular throughout Britain, however only as an after-dinner pastime and only for the rather posh.

1901: Ping-Pong Registered As A Trademark

The first real table tennis racket (also known as a bat or paddle) was created by a sports manufacturing firm called Hamleys. This bat, which had a rigid wooden handle, was only a small parchment fitted on an oval frame. The parchment within the bat was what caused the sounds "ping & pong", which eventually became the game’s name within the unofficial circles in which it was played. 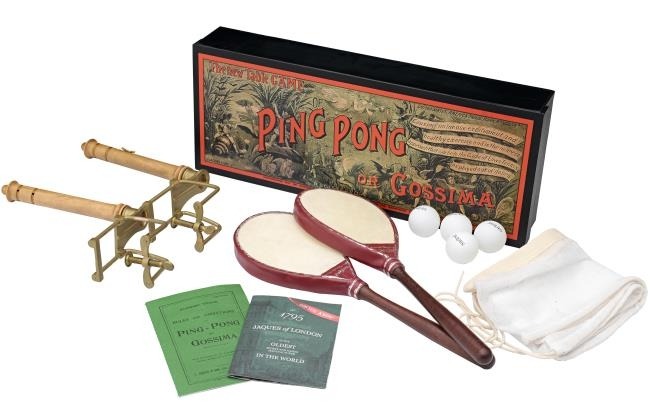 In 1901, Ping Pong was registered as a trademark by a British manufacturer known as J. Jacques & Son limited. In the United States, the Parker Brothers purchased the rights to the Ping Pong name from J. Jacques & Sons. The Parker Brothers enforced their trademark rights for the name during the 1920s. This caused the various associations to alter their name to “table tennis” rather than the more general, but trademarked term Ping Pong.

1903: Changes To The Table Tennis Racket

As soon as Ping Pong became a trademark, there was need to improve the standard of the equipment used in playing the game. The creation of the contemporary table tennis racket can be credited to an Englishman named E.C. Goode. He utilized a wooden bat or paddle which was bolstered with a sheet of pimpled rubber up to the handle. This innovation provided a better grip as well as helping make playing the game more enjoyable.

Approximately one year earlier, James Gibb, who was also an English gentleman, developed celluloid balls used for playing table tennis. The celluloid balls had a diameter of 38 millimeters. These balls bounced a lot better on a solid surface. Professional players could easily produce spins as well as other impressive results with these balls. Due to these adjustments, the ping pong sound which was associated with the game disappeared.

As more and more people picked up the game, a lot of controversy began to brew. This was the post-colonial era and several countries were not interested in importing the game for the sole reason that they viewed it as a symbol of British rule. This was especially common among the more rebellious former British colonies like India and Australia. 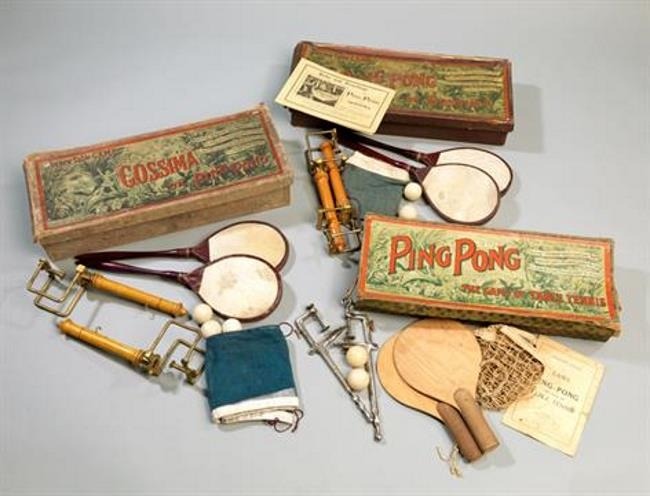 Playing the game of table tennis requires extremely fast reflexes and action, and ping pong was arguably the world’s first fast-paced game. Nevertheless, the quick-paced nature of the game caused some repercussions. Some countries had the belief that people who played or watched the game could develop eye problems in later life. This caused many people to condemn the game. Some countries such as the former Soviet Union even banned their citizens from playing the sport.

Since the game originated in England, the country took a leading role in trying to bring the sport to the world stage. First, the name of the game was changed from the now outmoded ping pong to the more official-sounding "Table Tennis". This name became widely accepted in 1921 following the creation of the game’s first official body known as the World Table Tennis Association. This body later became the International Table Tennis Federation in the year 1926. The setting up of these bodies gave rise to international competitions as well. The first international competition was staged in London in 1927.

As the game went global, there were considerable improvements in the equipment. By about 1935, the racket was infused with rubber and sponge. This gave the game a professional nuance and feel. Rackets were machine-produced and precision manufactured. This enabled players to display professional strokes which enhance the level of play. During this period spin and speed became increasingly essential to the game and eventually became the very heart of the sport. Table came of age and tennis became an Olympic sport in the year 1988.

1990s And  Beyond: Table Tennis Becomes a Spectator Sport

As table tennis joined the ranks of Olympic sports, there was need to make it more attractive for viewership both on television and live in the event arenas. This wasn’t possible in its present format due to the fast movements that the players were required to make. An excellent idea was adopted to get around this problem. The diameter of the ball, which was previously 38 millimeters, was increased to 40 millimeters. With this increase, the ball moved slower and it was a lot easier to follow on TV. There were also some alterations in the serving style and the scoring system was reduced from twenty points per side to eleven points.

We hope you have enjoyed our brief history of table tennis. Why not head over to our reviews of the best indoor table tennis tables and grab a table for your home?