A Guide To The Official Rules Of Table Tennis

In any game, whether you own one of the best table tennis tables at home or are playing at a club sometimes all you need is a little knowledge on the basic rules so you can enjoy either playing a friendly match or watching a game.

The Laws of Table Tennis are set and laid down by the International Table Tennis Federation (ITTF). All countries in the world abide to these rules.

The rules of table tennis are essential to know if you want to start playing proper matches. As you gain more confidence with your game and start beating your friends and family, it's important to understand the rules of play at the start, so you don't get in to bad habits.

Here are some of the basic table tennis rules below

The net is considered to be made up of the net, the net posts which are clamped to the table. The is suspended by a cord attached at each end to a post which is 15.25 high.

The Ball shall be made of celluloid plastic material, 40mm diameters, it shall weigh 2.7g. The ball can be white or orange.

The racket can be of any shape, weight or size but has to be flat and also rigid.

The game is won by the player or team (2 players) score 11 points first. If both players are at 10 points each, then you have to win by 2 clear points in order to win the game.

Service starts when the ball is placed on the palm of your hand. It's then thrown upwards without spin to at least 16 cm, then falls without touching anything before it is struck.

As the ball falls, the server strikes the ball so that it bounces his side of court and bounces over the net to bounce on the opponent's court.

Just before you throw the ball in the air, your palm should be flat and the ball should be above the playing area or surface and behind the server’s end line and should not be hidden from the receiver.

The player has to be a server so as to show the umpire that he plays in accordance with the requirements of good service.

The order of play

It is considered a let if the server hits the net when serving the ball. This occurs if the ball touches the net as it is passing over the net assembly.

A point is won if the opponent doesn't return the ball, return the serve.

The play shall be continuous throughout the match but each player is entitled to • An interval of up to one minute between successive games. • Brief time after every 6 points for toweling.

The referee can allow a suspension of the play of up to 10 minutes if a player is temporarily incapacitated by an accident. A suspension of the game cannot be allowed for a disability that was expected at the beginning of the game. But if a player or anyone in the playing area is bleeding the play shall be suspended until the said person has received medical attention.

The choice of ends and services

After each two points are scored the receiver player becomes the serving player unless each player scores 10 points and then each player then serves one point each in turn.

The pair who serves first shall decide who will serve first while the pair receiving will decide which player will receive first.

The pair serving the first game shall receive in the next match.

Players are entitled to practice on the playing table for up to 2 minutes before they start a match and the practice period can be extended only with permission from the referee.

During a suspension of the game the referee can allow players to practice on a table of their choice including the playing table.

Players may be given reasonable time to familiarize themselves with the equipment which they will use during the game but this shall only entitle them to a few minutes especially if the equipment was damaged and had to be replaced, before the game resumes. 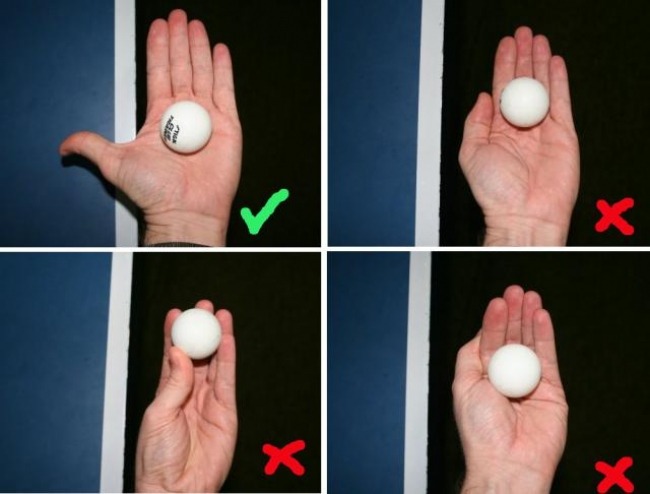 This advice can only be received during the intervals of each game during a time out or during any other suspension of the game.

When advice is given at any other time then that is an offence and will result in a warning.

After a warning has been given if the same player receives advice illegally, it will lead to the dismissal of the player from the playing area and the advisor shall not be allowed back to the playing area unless they are to play.

OK, so these are rules, I have stripped them down slightly so you can get the idea of the game.

It's so much fun to play and learn. Once you start to get better you get hooked and can't stop playing. I hope these rules are ok for you and you start to progress with the game. Have fun!!!

All you need now is to get hold of one of the best table tennis tables for indoors or one of the popular outdoor ping-pong tables and you can play to your heart's content!

A Guide To The Rules Of Table Tennis [Video]